When we only had one toddler, organizing his toys was no big deal.  They all fit into one basket and it took all of one minute to pick up and put away.

Now we've added 4 kids, and when you multiply it by 7 years of birthdays and Christmases, that's a lot of toys!

Over the years, I feel like I have tried everything to keep the toys under control.  But no matter how well I think I have organized them, if it is too complicated for the kids to put away, it won't stay organized for long.

First we tried a toy box.  Toy boxes are great...in theory.  You just toss everything in and close the lid.  But then my kids couldn't find the toys they were looking for and would pull out everything.  Toys would get lost or broken at the bottom of the box.

When our oldest graduated to things like Legos, Matchbox cars, and trains, I knew I had to find a way to keep them separated.  We bought one of those bin systems to replace the toy box.

I thought I had found the answer.  I put it together and sorted everything into the colorful bins.  I even labeled them for the kids with little pictures of what should go in each one.

It didn't stay that way.  Rarely did the kids ever play with just one type of toy at a time, so everything would get thrown together, and it was too frustrating for them to sort it all out and put away.

Then they discovered that if they dumped out everything, they could play with the bins.   They had them lined up down the hall and would sit in them and pretend they were riding on a train.  That was cute until I saw the mess they made.

Before we moved, I went on a decluttering rampage.  If we didn't love it, use it, or need it...it was gone.  I think I got rid of half of their toys, and they didn't really notice.

A few weeks before our move, I packed up the kids' rooms.  I let them pick out a few toys and the rest were packed up in boxes and hidden out of sight.


Their rooms were virtually empty, but they played so well with the few things they had.  My house was clean and we were no longer overwhelmed with toys.  It was a beautiful thing.
I loved keeping things out of sight so we installed a second shelf in their closets.  All those bins went on the shelves.  The kids can ask for one and I get it down for them, and now they no longer dump them all over the floor. 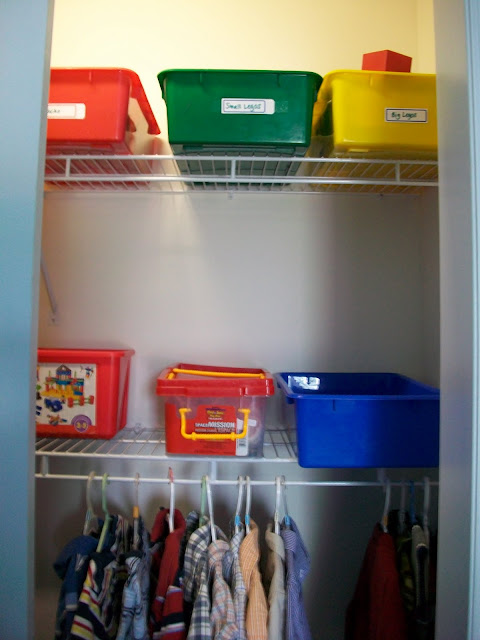 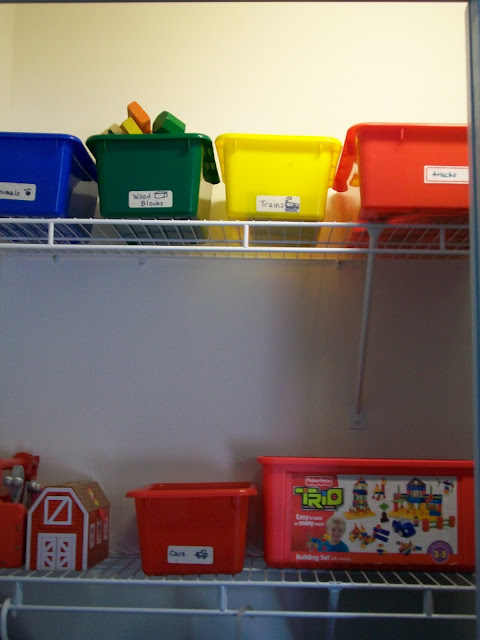 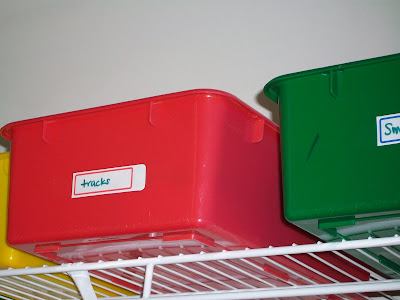 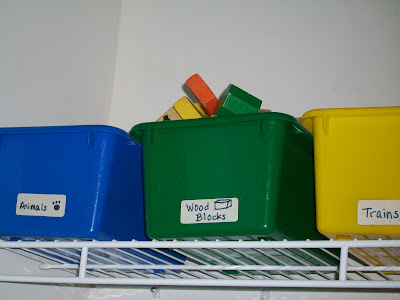 Things stay organized and they are much more excited to play with something that is not on their floor everyday.  It's like it's brand new all over again.
I do keep a small hamper in the little boys' room to hold a few larger toys, but that's easy enough to clean up. 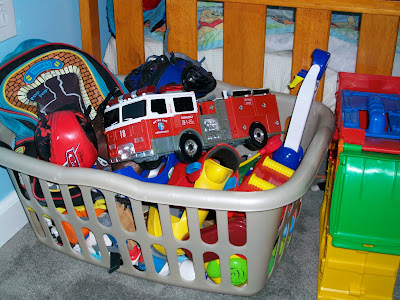 The older kids' closets hold puzzles, games, playdoh, Legos and K'nex, and science and craft kits.
I love that I can close the closet doors, keep out little hands, and hide it all.
Written by Crystal at 1:35 PM

Email ThisBlogThis!Share to TwitterShare to FacebookShare to Pinterest
Labels: Organizing

Crystal
I'm a Christ-loving wife and mother to 8 little ones. If you think my hands are full, you should see my heart.